PEMF is an fun topic. Most people who start researching are confused and skeptical because history has been unfair to non-pharmaceutical technologies of all sorts. PEMF is an unfortunate member of this family of scorned technologies – mostly because it is a long-recognized threat to the pharmaceutical industry.

The large and growing population of individuals with positive experience contradict the dogma that health is not influenced by electrical energy — and that energetic devices lack efficacy.

One goal of this forum is to settle some of the confusion about these devices.

This forum’s goal is to entertain reasonable technological discussion about the Plasma Discharge Devices.

It’s important to recognize that there are two different categories of Electromagnetic Therapy Devices:

So the first thing we’ll do is help you figure out what kind of device you’re studying.   It’s the difference between hummers versus ringers… The biggest category is Resonant devices. 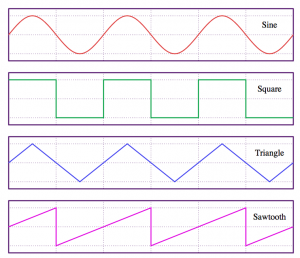 Resonant devices are most easily explained with a picture.  These are waveforms like those produced by different resonant devices. The amount of time it takes for one complete waveform is called the frequency.

The shapes of the waves reflect the waveform.

Sometimes these devices will “sweep” which is to go from one frequency to another – but they always output a repeating signal.

Resonant device manufacturers use the word  “pulse”, as in pulsed electromagnetic device,  mislead their readers – because a “Pulse” is a very different waveform than any of these regular waves.

A Pulse is a discrete event, like a blast – triggered from a sudden release of energy.

Here is what a pulsed waveform tends to look like.  Note that this is a single event.  The ups-and-downs are echoes that happen when energy bounces around the antenna before it leaves.

Pulse events tend to make items resonate at their own frequency.  Think about ringing a bell – you hit the bell and it rings.  The hit is the pulse, and the ringing that happens – is at the frequency defined by the bell.  So if you graph a ring – there’s the hit – and then the ring.   The frequency of the ring comes from the entity that received the energy.

Pulsed Magnetic Devices – make cells ring at their own frequency.  Cells are like bells.

Magnetic devices are either hummers or ringers.  Here are a few clues to help you sort them into different categories.

To help with this sorting, we’re going to create some filter questions for Pulsed Devices:

That said, we do care about the other devices because we feel it’s important for our audience to understand why the differences may be important to them.

To figure out if it is a Resonant Device:

Okay – so the real questions is what are they good for…

What is the difference between Plasma Discharge and harmonic devices?

There are two different categories of devices, and they are as different as cats and dogs, but both are animals because both use an electro-magnetic field to trigger physiological effects.

Like animals, the characteristic of the field defines the effect.  Resonant and Plasma Discharge fields are very different in character, and therefore effect.  As dogs are poor at catching mice, cats are poor at keeping foxes out of the chicken house.  The performance and cost of each device suits different needs.

So, in our opinion, both are valuable.  Resonant devices tend to fit health-maintenance requirements, while Plasma Discharge Devices tend to be better suited to health repair applications.

This forum specifically addresses to pulse discharge devices or Plasma Discharge Device, which are different from  resonance devices which utilize various waveforms.

The basic question boils down to “Which is better?” Well that’s an unfair question and it depends on the problem the device is being used to solve. Here are some guidelines: 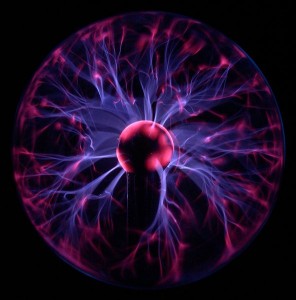 Plasma Discharge Devices (PDDs). TSDDs are spark-discharge devices. TSSDs operate when a high voltage accumulates in a voltage circuit. The voltage is exposed across a spark gap, usually filled with air or other gas. When the voltage exceeds the ionic breakdown voltage of the insulating gas, a spark occurs. The spark creates a “plasma” zone. …

What is the difference between Plasma Discharge and harmonic devices? There are two different categories of devices, and they are as different as cats and dogs, but both are animals because both use an electro-magnetic field to trigger physiological effects. Like animals, the characteristic of the field defines the effect.  Resonant and Plasma Discharge fields …