An answer to my prayers 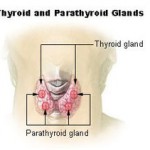 In 2003 I had my thyroid removed due to cancer.  As part of my treatment I was given a radiation pill but had a severe reaction to it.  I was burned inside; my cells were dead, I turned grey.  My doctors had no idea what happened to me or what to do about it.  I had several years of weakness and pain.

In 2007 I visited Whole Health Network at the suggestion of my chiropractor.  I used the Magna Pulse Pulsed Electromagnetic Field (PEMF) therapy and Exercise with Oxygen Therapy once a week.  After about 6 months an x-ray showed my lungs were clear.  As an ordained minister, I credit God first but know that the methods WHN used with me were an answer to my prayers.